There has been plenty of media attention on the drug ICE over the last several years, highlighting just how insidious the drug is. This attention has ramped up recently with the series ICE Wars airing on the ABC, which shows the dark side of ICE, how big the problem is, the suffering of users and families of users, and the tireless work of emergency and support people.

But are the messages on ICE being overblown? There are those that say that some of the messages about ICE have been exaggerated and are unhelpful, including Professor Nicole Lee from the National Drug Research Institute and Annie Bleeker from the Alcohol and Drug Foundation.

In a recent article in The Conversation, written by Nicole Lee and co-authored by Annie Bleeker, the pair claim that “We are not ‘under siege’, or ‘at war’ with ice. There is no ice epidemic. Ice is not tearing apart the fabric of our community”. And the statistics and evidence they provide in the article appear to back up their claims. These include:

While these statistics seemingly prove that we are not under siege, the article also highlights that this certainly doesn’t mean that ICE and other methamphetamines are in any way safe. Any illegal drug use is unsafe, and the use of methamphetamines in particular can lead to psychotic events and an increased risk of agitation, aggression and violence.

“It’s a drug that when it is bad, it can be very bad”, the article states.

But overblowing the fear and stigma doesn’t help and Nicole Lee and Annie Bleeker are concerned that doing so may drive users to not seek support and prevent open discussions about the drug.

“Our research has found it takes on average five years for someone to access treatment after they first experience problems with methamphetamine. We know the earlier someone gets treatment, the better the outcomes. Continued stigmatisation of people who use ICE and their families only serves to prolong the time to treatment by making it less likely those who need help will ask for it.

“Compassion and a clear head is going to solve this problem. Not fear and stigma.”

For the complete article, go to The Conversation website. 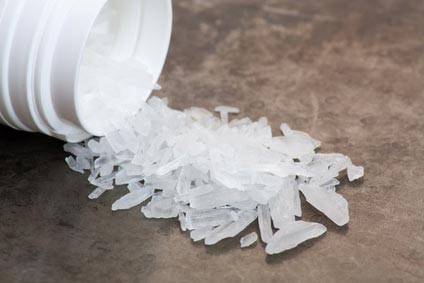