As a business owner or manager, or a police person on our roads, when someone provides a positive test to drugs during workplace drug testing or roadside drug testing you may wonder why people do it. Why do people take illegal drugs?

According to Drug Aware, to look at why people take drugs it’s important to first look at what a drug is.

While most of us think of drugs as illegal, the fact is that most drugs are not illegal and are substances that many of us use everyday. Because a drug is a substance – apart from food and water – that we take to either alter our body’s function physically or psychologically. So when we talk about drugs, we need to include legal drugs such as alcohol, caffeine and cigarettes, drugs that are prescribed to us by medical practitioners and illegal drugs such cannabis, heroin, methamphetamines, ecstasy and cocaine.

But when we’re specially looking at why people take illegal drugs, the important aspect to note is that drugs can alter our body’s psychological function. A psychoactive drug – some of which are perfectly legal and safe when taken as prescribed – and some which are illegal and never safe, affect the body’s nervous system and in some way changes our mood, thinking and behaviour. In general, a psychoactive drug will either slow down the messages that are being transmitted between the brain and the body (depressant) or speed up these messages (stimulant).

So a big part of why people take drugs is to do with the effect of the drug. If a person is anxious, nervous and stressed, a drug like alcohol or cannabis will relax them; if a person wants to feel more awake, confident, alert and energetic, they may take a drug like ICE (methamphetamines) or ecstasy.

Other reasons why people take drugs are:

The simple answer to who uses illegal drugs isn’t so simple.

Put simply, drug use can affect anyone.

If you’re a business owner or manager, the message to take from this is that you need to protect your business from the scourge of illegal drugs.

This doesn’t mean simply introducing workplace drug testing. You should also ensure you have a robust and detailed drug and alcohol policy that is followed and regularly reviewed. And it means providing education for your employees. Education about the details of your drug and alcohol policy, the drug testing your workplace is undertaking, the dangers of drugs and the support that is available to them. 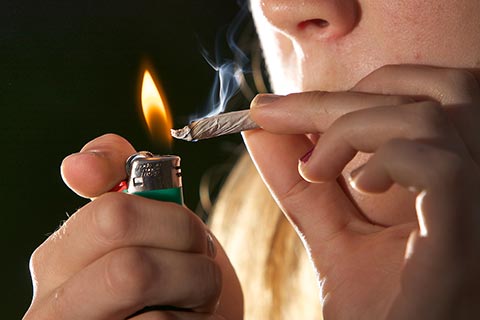