Like some other illicit drugs, amphetamines do have a useful and important purpose. Amphetamines can be legally prescribed by doctors to treat many conditions, including attention deficit disorder (ADHD), narcolepsy (uncontrollable urge to sleep) and Parkinson’s disease. Administered by a doctor and used as prescribed in controlled doses, amphetamines can be safe and can make a big difference in improving the quality of people’s lives.

Of course, many people use amphetamines when they are not prescribed. It’s not just illegal to use amphetamines this way, it’s also unsafe. With no prescription, no medical supervision and a questionable source, the dosage and chemical composition are usually unknown. Illegally produced amphetamines can include a mix of other drugs, including psychoactive substances, as well as binding agents, caffeine and sugar.

Amphetamines are stimulant drugs that speed up messages travelling between your brain and your body. They can be in the form of powder, tablets, crystals and capsules and are generally swallowed, injected or smoked. The slang names for amphetamines include speed, uppers and whiz.

Also stimulant drugs that speed up the brain to body messages, you won’t find methamphetamines prescribed by a doctor (or any respectable doctor!). So any use of methamphetamines is illegal and unsafe.

Commonly called ICE or crystal meth, methamphetamines are generally smoked or injected. It can also be swallowed. Staggeringly, the effects of meth can be felt in as little as 3 to 7 seconds.

The big difference between amphetamines and methamphetamines is that meth is stronger, is more addictive and is therefore more harmful than amphetamines. The side effects are actually quite similar, but are generally more powerful with meth use than with the use of amphetamines. Which is why side effects can escalate to include increased probability of aggression and violence. You can also expect the side effects to last longer, often for many hours and sometimes longer.

While methamphetamines are generally considered more harmful than amphetamines, with the side effects of both drugs the workplace is no place for these drugs, or someone affected by these drugs. 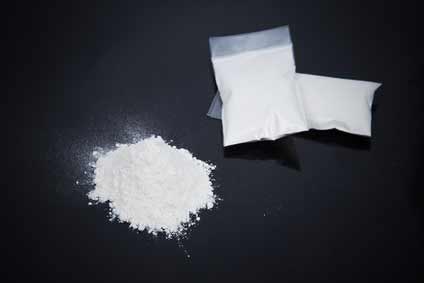