Here’s some news that’s more reliable than our weather – and if you live in Victoria we’re sure you’ll agree after last weekend’s downpour. Roadside random drug testing on Victoria’s roadsides is about to ramp up.

The reason isn’t overly difficult to understand – the upcoming festive season is a time when many of us enjoy more parties, events and social occasions, and for some in our community this means taking more illegal drugs. While taking an illegal drug always carries an element of risk, if you then choose to drive you’re placing your life and the lives of other road users at risk.

So, if you do take the risk, what are the chances that you’ll be caught in roadside drug testing in Victoria?

On the surface, you may think you’re likely to get away with it. After all, how often have you been asked to take part in roadside random drug testing? For most people, it would be very few times or maybe not at all.

However, it’s worth highlighting that generally police will only ask a driver to take part in random drug testing if they suspect the driver is under the influence of drugs. Police are looking for people who are driving in a manner that would suggest they may not be safe to be on the road. They’re trained to look for the signs of a driver who may be under the influence of drugs.

This is one of the reasons why the number of positive drug tests is many states and territories is so high – often around 10%.

It’s therefore likely that if you do take drugs and then drive you will get caught in random drug testing on Victoria’s roadsides. If not today, then next time you drive while under the influence.

Another aspect to this question is how long are drugs detectable for? This question was covered in a recent news.com.au article, quoting a forensic toxicologist, who said that with the saliva drug testing methods employed by the police, you need to wait until the drug is no longer psychoactive before it’s safe to drive.

“It’s hard to talk generally because every individual’s metabolism and health status is different as well as the amount of the drug they’ve consumed,” the forensic toxicologist said in the article.

“Generally speaking, cannabis usually won’t be detected after 12 hours but if someone is smoking a large amount regularly it might be up to 24 hours in extreme cases but in most cases it would be normal to not show up after five to six hours. For ecstasy and ICE, which are all a part of the methamphetamine group, we’re fairly confident saliva testing will detect the drugs for up to 24 hours or 36 hours in absolute extreme environments where there might be confusion or liver damage.”

Our advice – don’t take drugs at all. However, if you do take drugs, allow at least a day before getting behind the wheel. 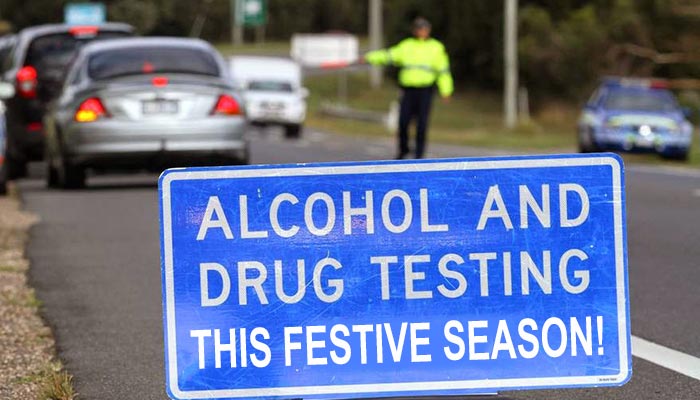