A recent article on ABC News online would suggest that workplace drug use – and particularly the use of methamphetamines – is more widespread that most people would think.

The article is based on a new report by South Australia’s peak business lobby, Business SA, which has highlighted that almost 250,000 thousand Australian workers are high on methamphetamines (commonly called ICE) every single day.

The particularly frightening aspect of the report is that a reasonably high percentage of those turning up to work under the influence of methamphetamines were working in roles were safety was imperative. This included people working with machinery, and people working in the mining, manufacturing, construction and transport industries.

What can employers do about workplace drug use?

The ABC News online article also looks at what employers can do to combat workplace drug use, including the misuse of methamphetamines.

While opinions are divided, what isn’t argued is that for any workplace where safety was important, having a robust and detailed drug and alcohol policy is vital. Workplace drug testing – including random testing of employees and drug testing of an employee who is thought to be under the influence of a drug or alcohol – should form part of any good drug and alcohol policy.

The article uses the example of a 350 employee operation in South Australia, which had concerns about workplace drug use but didn’t have a drug and alcohol policy in place. The company developed a policy and introduced drug testing – including random testing, post incident testing and casual testing – which had immediate effects.

The article quotes Pinnacle Drinks Human Resources Operations Manager Patrick Manning, who says that before the changes, “We strongly suspected that there was a sub-culture of illicit drug use particularly in operations areas. We had four or five incidents and when we tested our suspicions were confirmed,” he said. “We’re promoting health and wellbeing, fitness for work, but there is also an element of contributing to the wellbeing of the community and providing education.

“We’re not being judgemental on people’s lifestyle, it’s all about fitness for work and ensuring we provide a safe working environment.” 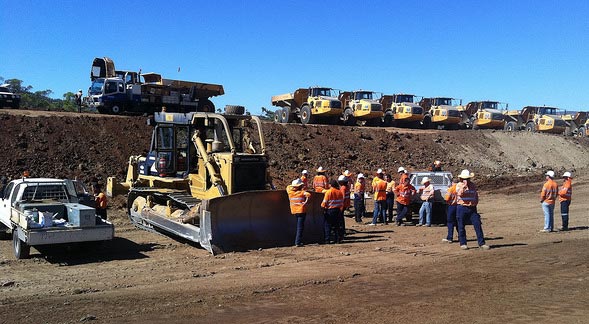 Workplace drug use and in particular use of methamphetamines  is perhaps more widespread than many would think. Credit Michael Goodwin https://www.flickr.com/photos/mikescorp65/6971288349/in/photostream/