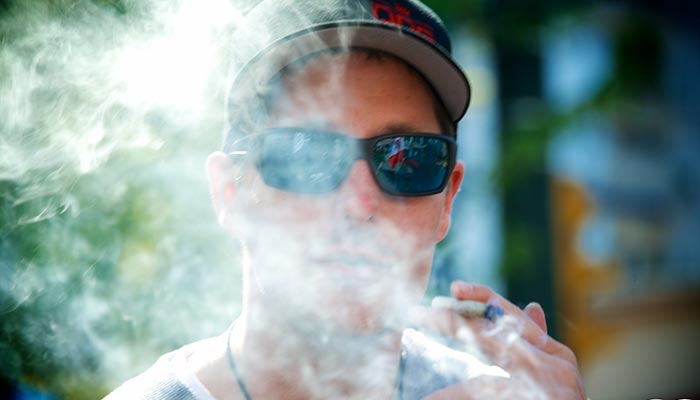 With unemployment at record lows, more people on the jobseeker benefit than ever before and an acknowledged shortage of skilled tradespeople, a serious question must be asked: Are some capable people being kept out of work unfairly owing to their occasional use of cannabis? It’s a question well worth posing, not the least because cannabis metabolites can stay in the system long after impairing effects wear off.

Across industries desperate for construction workers, tradies, qualified truck and forklift drivers, from the big cities to regional towns like Invercargill and Kawerau, there are many qualified candidates who are locked out of employment. The reason? Recreational or medicinal use of cannabis which identify them as unsafe to work.

As the Government moves towards decriminalising and potentially legalising cannabis, it is increasingly compared with another commonplace intoxicant. Alcohol has in some instances the same acute impairment period as cannabis, yet it is treated very differently.

For starters, excess alcohol is detectable in breath for up to 12 hours after the last drink. So, an employee has a beer or two with colleagues after work. Another heads home for a glass of wine with dinner.

The next day, the worker might even be a bit hungover, but there is no suggestion of alcohol impairment and an employer is unlikely to raise issue with either of these scenarios.

Cannabis, on the other hand, is generally tested for through a urine sample. The issue? It is detectable in these tests for 30 days or longer.

The presence of the metabolites is taken as an indication of recent use/likely impairment. An employee has a joint or two with colleagues after work. Another heads home and smokes to help cope with anxiety or pain.

The next day, there is no impairment in the worker, but a urine test confirms the presence of the drug.

The employer is likely to find these scenarios unacceptable. Suspension and potentially an end to employment is likely.

Why a closer look is necessary

While acknowledging the status of cannabis, which although under review is still illegal, the situation is becoming more nuanced. For example, some employees may have legitimate medical reasons for using the drug. The move towards decriminalisation reflects society’s changing attitude to it.

And as employers are faced with impending reforms for medicinal cannabis (and potentially recreational use), should they continue to search for signs of use which, while detectable, in no way reflect worker impairment?

These questions are all the more pertinent because tetrahydrocannabinol (THC, the active ingredient in cannabis) is lipid (fat)-soluble, it stays in the body for weeks.

Long after it has delivered a ‘high’, it is still detectable. Moreover, it accumulates in the body over time – unlike alcohol, which is completely eliminated from blood within 24 hours (but can still be detected in urine for up to 80 hours).

Urine drug testing, routinely used in the workplace, cannot differentiate between acute impairment/recent use, or past use. All it tells us is that the subject has consumed marijuana at some stage.

And that’s the rub. Equating the presence of THC metabolites in urine to impairment or recent use, puts all users into the same category (often ‘unemployable’, if not by name, then by strong implication). Whether an occasional user, a medicinal user, whether someone quite safe at work or someone completely stoned on the job, there is no differentiation.

And yet, even the moderate drinker who has six beers after every shift, is welcomed back at work (and, it must be said, is quite safe on the jobsite).

The long detection time for cannabis in urine drug tests, coupled with the fact that this is the most prevalent means of testing, could be limiting the ability of many otherwise quite capable workers from getting or keeping a job.

The real question surrounds the time it takes for impairment to dissipate to a point where a worker is safe. Just like alcohol use.

One potential method to establish a fairer approach is the use of saliva testing rather than urine. This identifies recent use, more accurately reflecting the acute impairment period for each drug class. This differentiates between mere presence of metabolites and likely impairment.

Those concerned for how saliva, meets the detection requirement for drugs with longer impairment periods – such as methamphetamine (P) – needn’t worry. The NZ Standard NZS4760:2019 has linked the detection time for each drug class to the recent use/likely impairment period. Methamphetamine is detectable in saliva about the same time as in urine drug tests; this is also the period of likely impairment, which is 2-3 days after last use.

A saliva test, verified compliant with NZS4760:2019, makes this method of checking for cannabis readily available to employers. It’s a fairer way of checking not for drug use; instead, it targets a far more sensible metric, which is drug impairment. And that could mean capable, motivated workers can make their way back to the production line.

Ann-louise Anderson has long been the go-to person for information and advice on best practice in drug testing for the workplace. Before establishing InScience in 2007, she was a chief executive in a multinational leading edge clinical diagnostic, scientific and medical  company. She is a long-standing member of the Australia and New Zealand Standards Committee that continues to develop standards and guidelines for industry across  drug and alcohol testing practices.