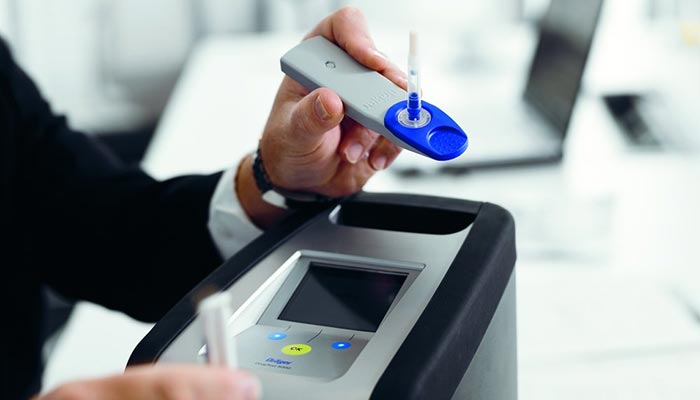 Why is saliva testing the best drug testing method in NSW, whether it’s the police on the roadside or our technicians in the workplace? Let’s take a look.

As NSW Police are quick to point out, they can test for drugs anytime or anywhere and a key reason for this is saliva drug testing. The other quick, immediate and efficient way to conduct drug testing is by using urine samples. Not sure about you, but we can’t see urine drug testing being introduced for roadside drug testing anytime soon!

NSW Police have the ability to test drivers for four commonly used illegal drugs. These are ecstasy, cannabis, cocaine and methamphetamines. The process is quite simple:

The process for saliva drug testing in workplaces is similar to roadside drug testing carried out by NSW Police.

The big difference for Integrity Sampling technicians is that we use the Drager DrugTest 5000 to carry out saliva drug testing. It’s quick, efficient and extremely accurate. Instead of a mobile drug testing stick being used to collect saliva, we use a collection device which is then inserted in the Drager device and a short time later the result is displayed. If an employee records a positive drug testing result, a second saliva sample is collected and this sample is sent to a laboratory for analysis.

On the roads and at work, someone who has tested positive can be removed from the road or from the workplace, so they are no longer a risk to themselves or other drivers. Safe driving and safety at work requires good judgement, concentration and reactions and if you’re under the influence of drugs these and other systems are compromised.

There are several proprietary methods available to conduct saliva drug testing on NSW’s roads and in NSW workplaces.