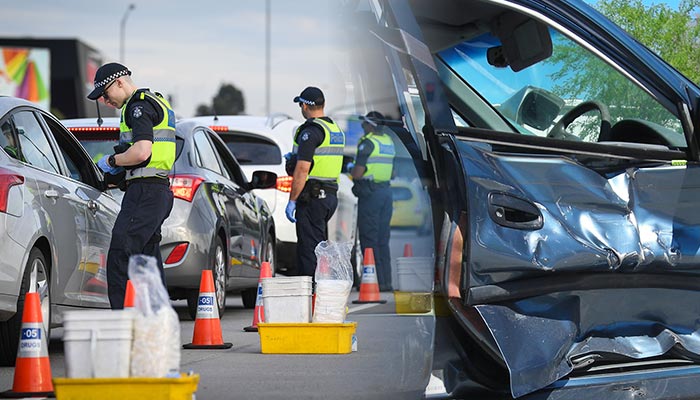 You’re heading down the coast for a long-weekend away in Victoria’s January sunshine when you notice a big line up of traffic ahead of you. “What’s going on,” you think, “I just want to get to the holiday house and relax with my mates,” then you notice the traffic is due to a random drug testing operation being conducted by Victoria Police.

You might think of the roadside drug testing as inconvenient, a pain and maybe even a waste of time, but is it? Let’s take a look at a few possible scenarios.

You stop when asked to by Victoria Police to under random drug testing. It’s a pretty simple process:

So, you’ve taken perhaps five minutes to perhaps 10 minutes longer to get to your holiday house. Inconvenient, yes, a pain, also yes, but in reality it’s only a little bit of time. You’ve got the rest of your long-weekend to relax and enjoy yourself.

You’re waved through the random drug testing by a Victoria Police officer. “Phew,” you think, concerned about the cannabis you smoked just before you left on your long-weekend.

You plant your foot to make up for lost time, your heart rate going at a million miles an hour and feelings of anxiety of perhaps being caught with drugs in your system quickly replaced with spontaneous laughter and excitement. However, you don’t notice the car in front changing lanes 50 metres in front of you. You try to react but it’s too late and you slam into the back of the car.

You pass the random drug testing being conducted by Victoria Police, as you knew you would. You never take illegal drugs and never have any intention of taking them.

A few kilometres later you turn off the freeway and enter the street where the holiday house is located. You can feel the relaxation coursing through your veins. But that’s your last memory until you wake up in hospital a few days later, surrounded by the same mates who you were meeting up with on the long-weekend. There are tubes sticking out of your body and you can’t feel anything below your neck.

“What the heck happened?” you ask and one of your mates tells you that you were t-boned by a driver under the influence of ICE, only 100 metres from the holiday house. “We didn’t think you were going to make it,” your mates say, with tears streaming down their faces.

As the Victoria Police highlight on their website, drug driving is a serious road safety issue.

“Drivers and riders with stimulants and/or THC (cannabis) in their system made up 13.5% and 14.7% of road deaths respectively in 2017. One in four Victorians who use drugs admit to driving under the influence of recreational drugs,” the website says.

So, while some say random drug testing on Victoria’s roadsides is a pain, inconvenient and a money-making exercise, Victorian Police will get on with their job of helping to save lives by conducting more drug tests on the roads.

Note: Integrity Sampling conducts drug testing in Victoria’s workplaces. If you’d like more information about our services please see our website or call 1300 725 482.

Random drug testing on Victoria’s roadsides a pain, inconvenient, a money-making exercise or a life-saver? You be the judge. Credit TAC and Vanessa & Leigha https://www.flickr.com/photos/mytotaledcarisworthmore/2365578718/ (images modified)